Recently experts have examined and documented in several reports, the characteristics that make a Tesla so unique. They have all come to the same conclusion: Tesla cars are a bit “different” from any other mass produced car available today. More precisely, experts have attested Tesla a 3 to 6 year (depending on the source) technological advantage over its competitors. At the same time, Tesla has reported the first profitable quarters in 2019 after tackling its challenges in mass production of its Model 3. Hence, Tesla’s stock price has more than doubled in just two months, adding up to a market capitalization of more than 14 billion US Dollars, before the Corona pandemic has hit the global economy in March 2020. For critics the obvious question remained: How can Tesla be worth the automotive incumbents Volkswagen and BMW combined, while selling less than 5 percent of the cars they sell?

What is making Tesla so different?

“A Tesla finally is the first purely electric vehicle” many will say. And: Yes, part of Tesla’s success certainly results from its uncompromising electric vehicle technology, which results in top battery range and charging time. “Tesla’s Autopilot offers the best driving experience on the market” others will say. And: Again – Yes, this is certainly another part of Tesla’s success. By now, it’s neither a secret any more that Tesla’s Autopilot performs great, nor that all Tesla vehicles are equipped already today with the same sensor set and an extra AI computer as prerequisite for Automated Driving (SAE Level 3) once available via software update. These characteristics definitely make a Tesla stand out from the crowd. Whether or not Elon Musk’s Automated Driving strategy (including his strict decline of lidar sensing) will work, the company’s success is definitely built on the consequent implementation of two automotive mega-trends: Electrification and Automated Driving. What I personally find the most remarkable though – and might turn out most valuable in the long run – is the consequent implementation of the third automotive mega-trend: Digitalization. Even in this category, it’s well-known Tesla offers a large number of features and applications already and continuously provides updates and enhancements over-the-air. The true revolution, that is enabling all this, however lies a bit deeper “under the hood”…

Even though the automobile has been the most software-intense mass-produced device on the planet (estimated some 100 million lines of code) since years, it still was to be considered until recently a hardware product, not a software product. Why? Because its life cycle and business model was purely hardware-oriented: Design the hardware, implement the code, integrate the components, test, release and sell – and off it goes. This reflects the traditional sequential “design-and-build” or “waterfall” approach. Simply put, car software had been coupled with car hardware so tightly that it had to be considered one unit. This coupling however turns out as a road block for digital business models. Digital business models as we consider them today, require continuous deployment of new software applications and updates in short iteration cycles. As we all know, this has become the standard for consumer electronic devices, such as notebooks, tablets, smartphones, wearables, etc. Why not for cars? Continuous software deployment into car’s electronic control units (apart from the head unit) faces one major challenge: Safety. Whatever software is deployed into a car, of course, safety must be assured – and traceably validated. If for each deployment the whole software bundle needs to be released, however this validation effort can grow huge. So what’s the solution? The elegant solution to this challenge is “separation of concerns”. I.e. separate the safety-critical software parts from non-safety-critical software parts and allow two different update cycles for each of them: Long update cycles for safety-critical, short update cycles for non-safety-critical parts. The technical concept behind it is a “hypervisor”, which separates the two, prioritizes and assigns hardware resources to them. Even though this concept is mature and established in mainframe computers, it has remained theory in automobiles – until Tesla has finally turned it into practice.

On November 13th Tesla fan Brandon Bernicky twittered Elon Musk: “Thoughts on saving dashcam footage when honking the horn?”. “Yeah, makes sense”, Elon replied just hours later. On December 24th, less than 6 weeks later, the feature was rolled out and went live in the fleet. It enables drivers to record a video snippet from the front video camera and store it on a USB drive. Not that I claim, this feature is what everyone was waiting for, but it underlines the following important aspects:

The above aspects give another concrete example of what makes a Tesla so “different” from other cars and the company so “different” from other automotive companies. All of these aspects are essential in a digital company, however they have not been adopted in the automotive industry so far. Tesla seems to pursue digitalization as consequent as electrification and automated driving, finally resulting in a device that’s really worth being called a “computer on wheels”.

It’s hard to predict the future in these times of breathtaking technological progress. However it’s clear that a “computer on wheels” bears tremendous opportunities. In fact, separation of concerns and continuous deployment embodied in a well-documented API are key to third-party software integration. Yes, I am confident, it’s only a small step left towards a Tesla app store open to third-party software developers. In fact, an unofficial documentation of the Tesla API is already available since a long time. Imagining third-party apps can access not only the car’s computing power, but also its full range of physical driver interfaces and especially its wide range of sensors, the resulting opportunities are huge. The open world seen through the eyes of intelligent sensors bear such a high density of information, still waiting to be exploited. I think we will soon be surprised by what a car can do once consequently turned digital.

Disclaimer: Views, thoughts, and opinions expressed in this article belong solely to the author, not to the author’s employer, organization, committee or other group or individual. 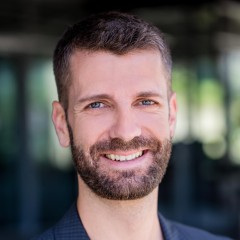 View all posts by Tobias
Skip back to main navigation